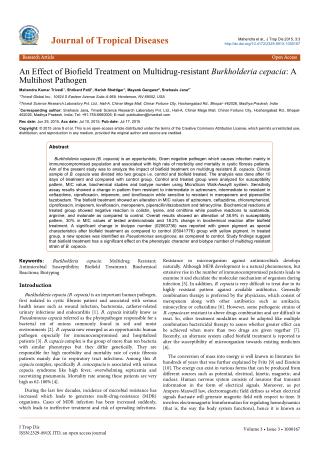 The findings of the present study suggest that the unique energy treatment has a significant effect on the different biochemical characteristics of multidrug resistant strain of B. cepacia. An Effect of Biofield Treatment on Multidrug-resistant Burkholderia Cepacia: A Multihost Pathogen - The aim of the

Biochemical Pathways - . one gene, one polypeptide. in the 1930’s, beadle and tatum did a series of experiments that