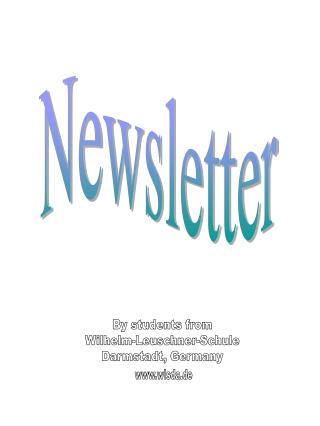 Newsletter - . april 2, 2013. during staar testing, we cannot allow any volunteers or lunch visitors on campus. no

NEWSLETTER - Letter from the

Newsletter - April 2009 absences/attendance please remember to telephone school before 9.30am if your child is sick –

Newsletter - . namplate. the banner on the front of a newsletter that identifies the publication is its nameplate. c