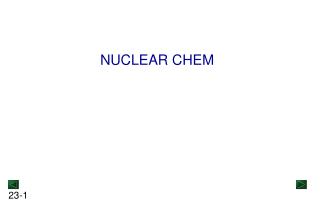 Radiation in a Radioactive World - . nuclear physics and engineering by: douglas osborn. is this what you think when i

NUCLEAR MAGNETIC RESONANCE - . nuclear magnetic resonance (nmr) is the spectroscopic study of the magnetic properties of