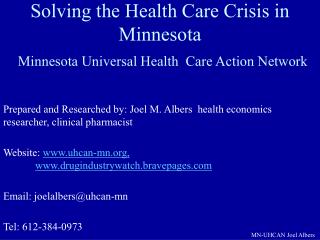 Universal Health Care: - Should the u.s. government provideuniversal health care coverage for all its citizens? universal

Health Literacy: A Crisis In Health Care - . developed by stratis health with the permission of the american medical