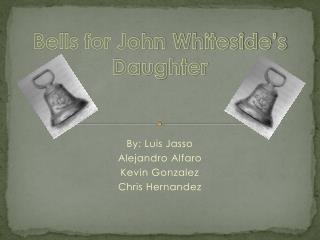 EOC REVIEW US HISTORY - . john trumbull, sr 1. colonial governor who sided with the colonists against the british. john

The 1st Epistle of John - . as christ’s life manifested the father, our life should reflect christ. background to 1 st

The Merry Songs of Christmas! - . press the mouse key to advance the slide. for each picture, try to determine the

Seasons Greetings - . jingle bells. dashing through the snow in a one horse open sleigh o'er the fields we go laughing