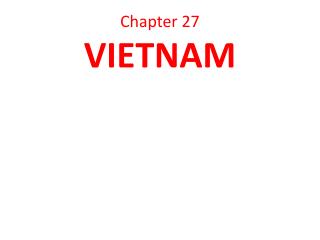 Chapter 29 Vietnam - . memorial. the history of foreign involvement in vietnam before 1960 (u.s. involvement). the