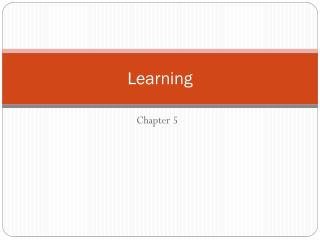 Learning . Chapter 5. Definition of Learning. Learning is any relatively permanent change in behavior brought on by experience or practice “relatively permanent” refers to the fact that when people learn anything, some part of their brain is physically changed to record what they’ve learned