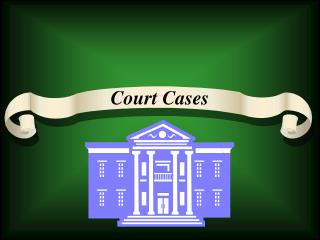 Court Cases. Marbury v. Madison. The Supreme Court of the United States has the power to review acts of other branches and determine their constitutionality. This power is called judicial review . FDR and Court Packing: A challenge to separation of powers - How do you become a supreme court justice?. the president

Your Bottom Line and the Supreme Court ACC-Austin July 25, 2013 Evan A. Young - . the caseload. u.s. courts of appeals