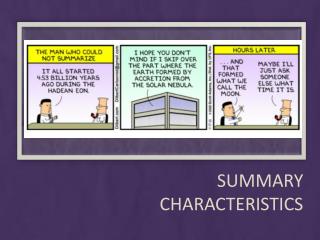 CHARACTERISTICS - Down syndrome down syndrome, also called trisomy 21 is the most common cause of mental retardation and

Characteristics - . voltammetry is based upon the measurement of a current that develops in an electrochemical cell under

Characteristics - Inventory and national policy for the development of large, small ruminants,pigs,poultry and rabbits

Characteristics - . applications. species refers to organisms that have a distinct set of unique derived traits.

Characteristics - . in renaissance music, rhythm is more a gentle flow than a sharply defined beat each melodic line has

Characteristics - . of globalization. that can be linked. to education. presented by: lady lyn c. compacion noli caliso.