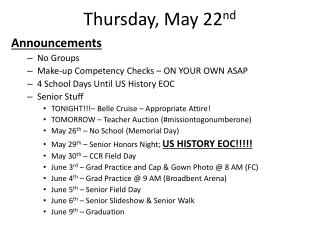 THURSDAY, MAY 22, 2014 - Today’s goal: i can participate in a group discussion of the last two sections of the ocis

Novi Sad, May 22 nd 2015 - Eu support to serbian energy sector with the focus on energy efficiency and renewables eu