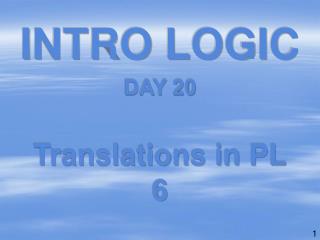 Introduction to Logic - . pami-w-0001-02 . introduce the user to the logic data analytics software, it’s role in the

Fuzzy Set and Fuzzy Logic - . basic ideas and entities in fuzzy set theory operations and relations on fuzzy sets how to