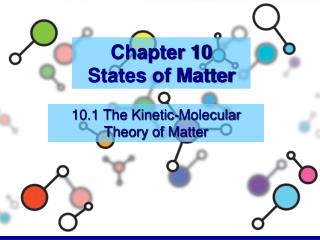 States of Consciousness - . altered states of consciousness. chapter project:. 1-2 page essay on any topic featured on

States of Matter - . chap. 13. gases. state of matter in which particles are separated by large distances. gases. gas