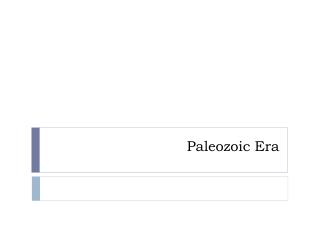 The Early Paleozoic Era - . geology 103. precambrian washington…doesn ’ t exist. in fact, you ’ d have to go to the

The Geology of the Paleozoic Era - The paleozoic era. . geologic periods in paleozoic record 7% of earth's history