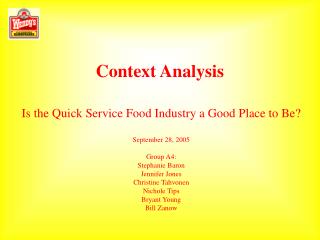 Context-sensitive Analysis - . beyond syntax. there is a level of correctness that is deeper than grammar. fie(a,b,c,d)

Linking Analysis to Context - . i will learn to judge the strength of speech based on the context of the situation. - i