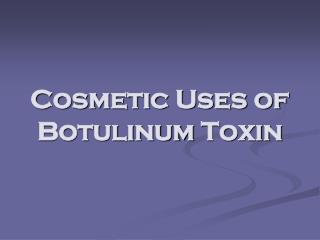 Botulinum toxin - . by: james and alan. the most poisonous substance known to man. produced by the common bacteria

The Many Clinical Uses Of Botulinum Toxin - Dr. Shivam Mittal - Botulinum toxin can bring temporary relief from pain and