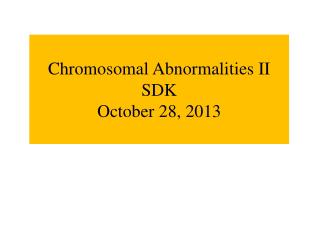 The nucleosome: the fundamental unit of chromosomal packaging of DNA with histones - . dna does not coil smoothly base

FIRST Sunday OF advent 13th October, 2013 - . the service. the service – this form of the holy communion service is

The Chromosomal Basis of Inheritance - . thomas hunt morgan was the first to associate a specific gene with a specific