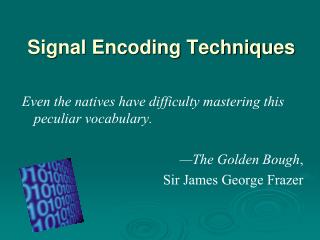 techniques in signal processing - Basics of time varying signalswe have looked at a number of methods to analyze, predict