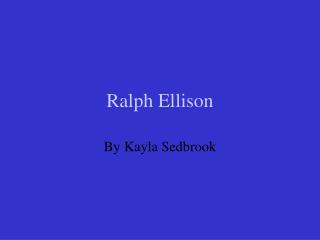 Ralph Ellison. By Kayla Sedbrook. His Life. Born: Oklahoma Aspired for a career in Jazz Music Moved to New York & became a writer. Relations to W.E.B. Dubious and Invisible Man.