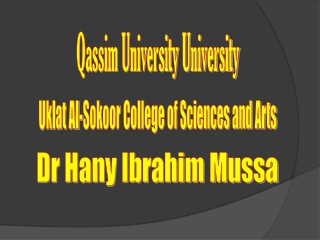 BLOOMSBURG UNIVERSITY Your University - . ear by: crystal minzola. freshman. moving into college is exciting ! don’t be

UNIVERSITY - . what is university?. an institution of higher education and research grants academic degrees in a variety