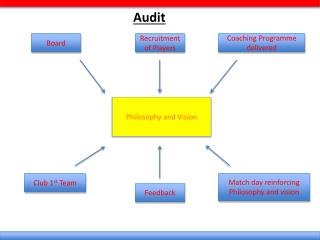 Audit - . audit, oxford english dictionary: to make an official systematic examination of (accounts), so as to ascertain

Audit - . “ a critical systematic analysis of the quality of medical care – including outcomes use of resources and

Audit - . auditing : measuring something against a standard how do you know you…?. objectives. the student shall be