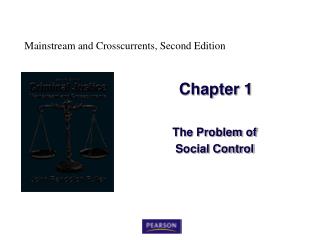 Chapter 1. The Problem of Social Control. What is crime?. An action taken by a person or a group of people that violates the rules of a society to the point that someone is harmed or the interests of that society are harmed. What we know about crime is often based on incomplete information.