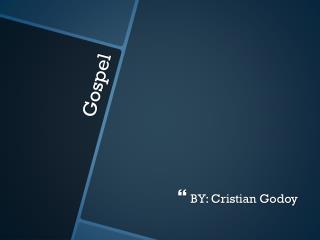 Gospel - &quot;the gospel is like a caged lion. it doesn't need to be defended. instead, it just needs to be

Hymne Gospel ! - . automatique. how great thou art. oh lord my god when i in awesome wonder. consider all the worlds thy

Gospel Reading - . luke 15:1-10. now the tax collectors and “sinners” were all gathering around to hear him. 2 but