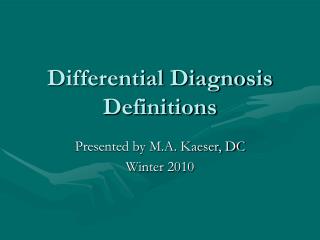 Diagnosis and Treatment Planning - . definition. diagnosis is the determination of the nature of a diseased condition by

CHAPTER 16 LUBRICATION SYSTEM OPERATION AND DIAGNOSIS - . objectives. after studying chapter 16, the reader should be