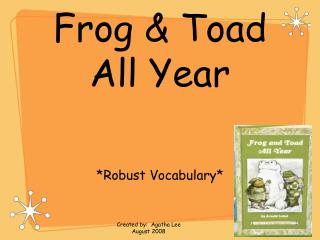 Understanding two and three year olds - . ms. perez. bell ringer. which of these drawings was made by a two year old? .

THIS - . is. jeopardy. your. with. host. your name. jeopardy. outcasts of poker flat. background. an episode of

Endangered Animals of Australia - . max b's baw baw frog. by max b. feet. what it looks like. legs. hops. 8 fingers.