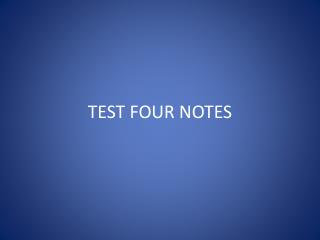 TEST FOUR NOTES. STANDARD 11. SSWH11 Students will investigate political and social changes in Japan and in China from the seventeenth century CE to mid-nineteenth century CE. Better Notes for Better Grades - . why take notes ? when should i take notes? how do i know what to note? how do i write

Wed 11/6/13 TEST SEVEN NOTES - . http://www.youtube.com/watch?v=zhl5dcizj5c&amp;safe=active. how did the industrial

Progressive Era - . take out your notes from last class and your sol packets! . just do it. just do it!. we will have the

The test - . five ws and a h. who what where when why how. i can never prepare pancakes in england. seven elements of

TBI Notes Test III - . you will do totally badass on this!!!. alzheimer’s disease (cortical dementia). cortical type of

二 Spoiler Alert - . every question on your test comes from your notes and from these worksheets. if you have all the

Cornell Notes... - Cornell notes. title. this column gets filled out later! can be key questions about notes used as

Cellular Respiration Review - . notes. you may use your notes on the test. whether or not you use them you will turn them

The Golden Goblet Test Notes - . various points. the past tense of learn is learned . theme vs. theme subject hooks