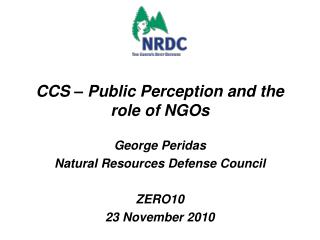 CCS – Public Perception and the role of NGOs CCS – Public Perception and the role of NGOs. George Peridas Natural Resources Defense Council ZERO10 23 November 2010. How can we be confident in CCS?.

CCS – Public Perception and the role of NGOs

Unit 4: Sensation and Perception - . sensing the world: some basic principles. introduction. sensation perception are one

Session 13 - . the principles of emergency management in nongovernmental organizations (ngos). objectives: students will.

Sensation and Perception chapter 6 - . sensation: your window to the world perception: interpreting what comes in your

Two /b/ or not “too bee”: - Gradient sensitivity to subphonemic variation, categorical perception and the effect of

ROLE EFFICACY - . the more we move from role taking to role making (taking initiative in designing the role more

CHAPTER 6 SENSATION, PERCEPTION, AND ATTENTION - . learning objective. what are the views of constructivists and

INTRODUCTORY PSYCHOLOGY – CHAPTER 5 - PERCEPTION - . what are 6 features of perception?. *knowledge-based - we

Global Meeting of NGOs Advocating for Road Safety and Road Victims 7-8 May 2009 Brussels, Belgium - . introduction of