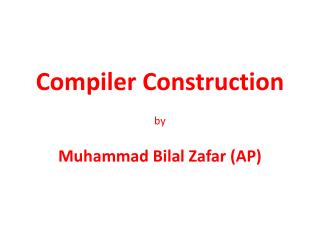 Compiler Construction by Muhammad Bilal Zafar (AP). INTRODUCTION. Compilers. Programming languages are notations for describing computation to people and to machines. All the software running on the computers was written in some programming language. Types of Languages :