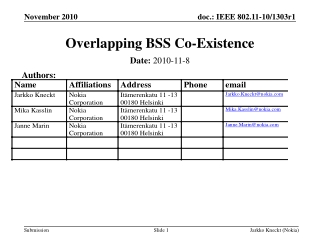 Peaceful Co-existence - . as applied to international courts and tribunals. p.j. kuijper university of amsterdam. the

Co-existence Beacon Element - . a means to address the worst part of the co-existence problem. what we know, history.