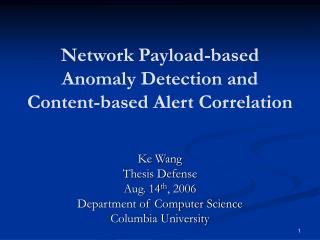 Automatic Detection-based Phone Recognition on TIMIT - . based on chen and wang in iscslp’08 and interspeech’09.

Intrusion Detection - . outline. what is it? what types are there? network based host based stack based benefits of each