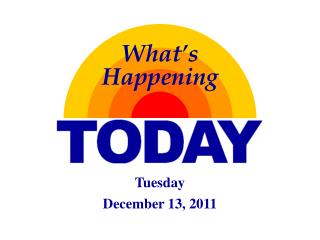 What was Happening? - A lot of talking, not a lot of action. working around the system. we were already at risk. what

What ’ s happening in the world today? - . list the 3 most important issues. issues. climate change and the environment

What ’ s happening in Singapore? - . by edward, jayden, and junho. what is issue?. banning buying and selling gum since

What is happening? - . what are the dangers?. how well protected were the people of britain from air raids?. by the end

What is happening? - . is it beneficial?. why is it happening?. is it equal?. time space convergence. images taken from:

What Makes an Effective PowerPoint Presentation? - . avoid using powerpoint as a