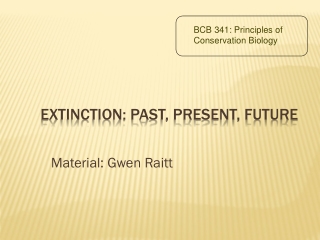 Extinction: past, present, future. Material: Gwen Raitt. BCB 341: Principles of Conservation Biology. What is Extinction?. Extinction is the process through which a species or higher taxonomic category ceases to exist.