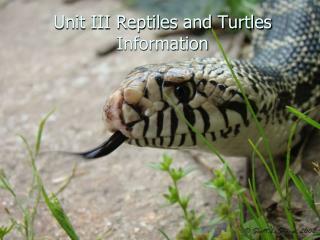 The 5 Classes of Vertebrates - . brought to you by mrs. archer’s and mrs. cowan’s class. reptiles. they breath with

Sea turtles - . special information by macayla. a baby turtles life is dangerous from the start. sometimes a sea turtle

Turtles - . clayton wilkerson . animal’s body. turtles have fascinating bodies. the sea turtle can grow up to be 200 to

Turtles - . by nina. turtles are endangered! . why? because of humans! turtles get caught in fishermens nets and when we

Sea Turtles - . by: katherine nguyen. sea turtles. * sea turtles are amazing!! *they can do things we can’t do. *sea

Sea turtles - . describe a sea turtle?. they are marine animals .they have shells and flippers to help them swim. how

Sea Turtles - . by david anderson. general information. sea turtles have been considered one of the last dinosaurs left

Leatherback Turtles - . by adam new. basic facts. the leatherback turtles are reptiles. they live 45 years or more. the

THE TORTOISES AND - . the turtles. turtles. reptiles from t he chelonian family and dwells in the water. shell is bigger