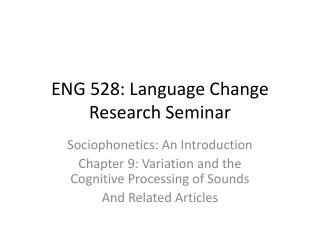 PROPERTIES OF LANGUAGE - . language is dynamic: change is a matter of fact and not a symptom of decay unfolding of