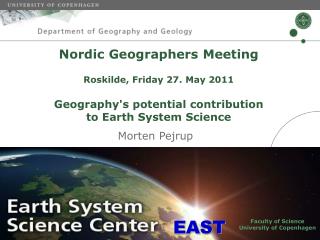 Faculty of Science University of Copenhagen Faculty of Science University of Copenhagen

FACULTY OF TECHNICAL SCIENCES - . the university of novi sad. the faculty of technical sciences offers education in four

By Francois Vreÿ Faculty of Military Science Stellenbosch University - On strategic culture: some perspectives on theory WHAT HAPPENS WHEN IT'S WINDY IN DENMARK? - . an empirical analysis of wind power on price variability in the nordic New methods and reagents to improve the ferret model for human influenza infections - . martel c. a , kirkeby s. a ,

DBER: Discipline Based Educational Research - . steven pollock and the per group physics department university of

Thomas Hovmand University of Copenhagen thov@adm.ku.dk - The framework for qualifications of the european higher

And old and a recent example of scientific fraud - . claus emmeche center for the philosophy of nature and science