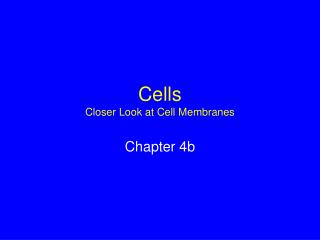 A closer look at cell membranes - . chapter 5 transport and other things. reminders…. your grades are done as follow:

A Closer Look at Cell Membranes - . chapter 5 part 2. 5.5 membrane trafficking. by processes of endocytosis and

Cells and Cell Membranes - . ap biology. why must living things be made of cells?. to have enzyme/substrate

A Closer Look at - . economics mr. joshi. questions for the google powerpoint (please copy). 1 – how did google get

A closer look at: - . retrieval. yesterday and today you learned about…. stage 1: encoding. stage 2: storage. once

A closer look at - . mr birling. a self-made man. the opening scene establishes mr birling as a powerful man- in society

A CLOSER LOOK AT - . drawing. drawing is a process of making marks. it is the interrelationships between these marks

A Closer Look At The…… - . beard &amp; hair. by: rene garza. the south. the south has been referred to as a

A Closer Look at Solutions - . review of solutions. a mixture made of two or more pure substances also called a

A closer look at light… - . what is light?. light is a form of electromagnetic radiation that travels in waves. most

A Closer Look at Conception - . introduction: the genetic package. each of us inherits many personal characteristics