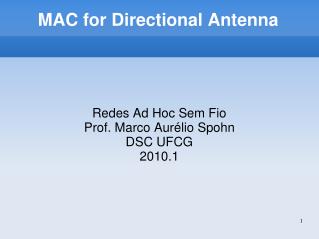 Directional Response - . directional response. sensitivity to various angles of incidence with respect to front of the