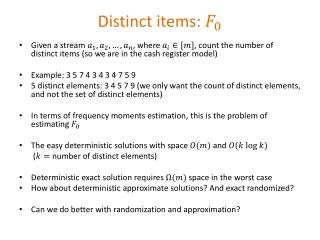 Cash and Receivables - . objectives of this chapter. i. discuss the asset valuation methods. ii. identify items to be

Face Recognition : A Literature Review - This presentation will probably involve audience discussion, which will create

Writing Constructed Response Assessment Items: - . one element of a comprehensive assessment system. what are constructed

Chapter 3: Scientific Measurement - . we often need to explain to others the items that we study and observe. we do this