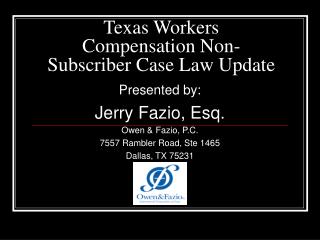 What is The Workers Compensation Law? - Workers compensation law has been enacted in the united states for the rights of

Workers’ Compensation - . ucla healthcare. june 6, 2003. what is the purpose of workers’ compensation?. to provide