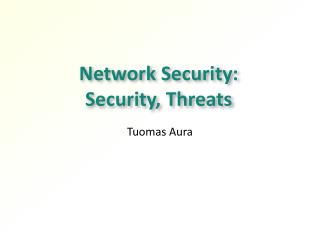 Ch. 8 – Security - . this presentation was originally created by prof. rick graziani. few modifications were made by