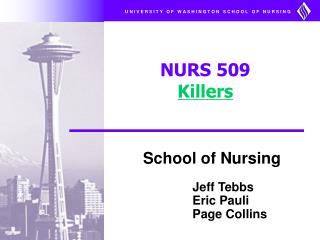 NURS 509 Killers. School of Nursing Jeff Tebbs Eric Pauli Page Collins. http://www.youtube.com/watch?v=nJ4hdCkQ7EI. KILLERS. KILLERS. ‘‘With Canis Minor and a beautiful blue moon. With a smile—stars surround me and peace and love are mine. They can’t be taken or touched. I WIN.” CARDIOTONICS AND CORONARY VASODILATORS - . nurs 1950: pharmacology i. objective 1: describe the relationship of calcium