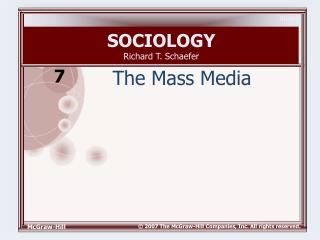 Sociology - . what is sociology?. focuses on the development and structure of human society, and how it works. sociology

Gerard John Schaefer : - . cody tollison. childhood: what led to these crimes?. john believed his sister was favored by

Sociology - . unit 6. sociology. is the study of people’s behavior in groups (founded by august comte- french

Sociology - . studies how groups and societies shape who you are. origins of sociology. emile durkheim – regarded as