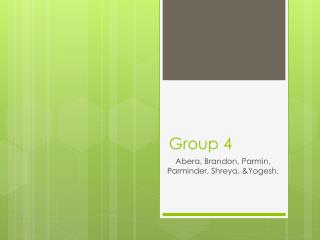 Ethics in Group Work - . ethical considerations begin with recommendation that each group leader becomes aware of his /

Group dynamics - . “ two or more people who interact in organized manner to perform a task or activity to achieve a

Ethics In Group Counseling - . association for specialists in group work(aswg). confidentiality. needs to be emphasized

SQL Queries: GROUP BY and HAVING - . aggregate functions and queries more clauses in the select statement group by clause

How to Form and Use a Study Group Effectively - . presentation prepared by debbie maskin suny-oneonta. what is a study