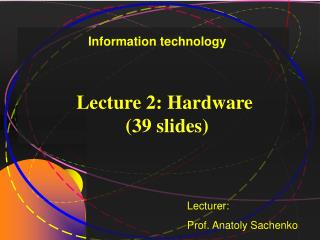 How Hardware and Software Work Together - . chapter 2. chapter objectives. how an operating system manages hardware. how

ECE/CS 372 – introduction to computer networks Lecture 7 - Announcements: hw1 is due today lab2 is due tomorrow. ece/cs