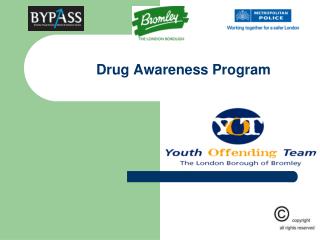 Drug awareness - . by alex. continue. instructions: click on the correct answer. you have 30 seconds to complete each

Prescription Drug Awareness! - . our goals. familiarize with commonly abused meds inform about the hazards of addiction