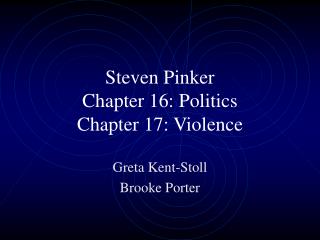 FOXP2: the language gene - . talk of genetics and vice versa. steven pinker commentary on lai et al. the possibility that

Chapter 2: Not Senseless Violence: The Social Underpinnings of Terrorism - . terrorism as a social process: two