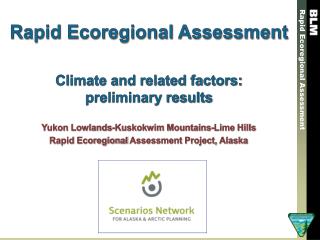 Rapid Assessment Overview - . rapid assessment. a quick evaluation of a disaster/emergency impacted area. why is it

Setting Priorities (Ecoregional Assessments) - The mission of the nature conservancy is to protect the plants, animals

Rapid Carbon Assessment (RCA) Sampling Groups - . sampling: where and why part #1. who am i?. “statistician” and soil

Head to Toe: Rapid Response Assessment - Objectives. summarize the appropriate circumstances for a focused exam vs