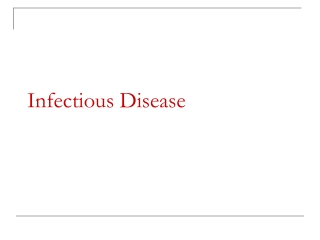 Infectious Disease. Bacteria: Friend or Enemy?. WHAT IS AN INFECTIOUS DISEASE?. Pathogens:. Bacteria, viruses, parasites, and fungi, called pathogens are capable of causing a change that disrupts the homeostasis in the body.