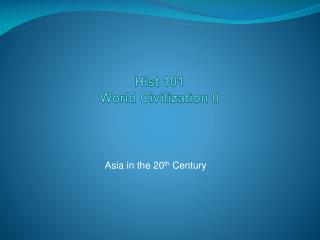 Phoenicians Spread Trade and Civilization - . about 1100 b.c., after crete’s decline, the most powerful traders along

Chapter 10 - . a new civilization emerges in western europe. comparing feudal societies. be aware that one of the major

AP World History Review - A characteristic of the human species before the advent of civilization was:a) the ability to