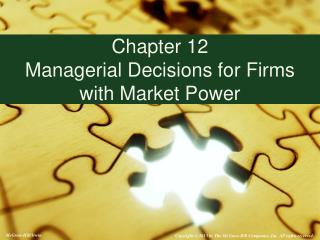 Chapter 4 – Decision Making - . a useful computer requires the ability to make decisions. the key to programming the

Oligopoly - . chapter 10. in this chapter…. 10.1. revisit market structure and market power what determines how