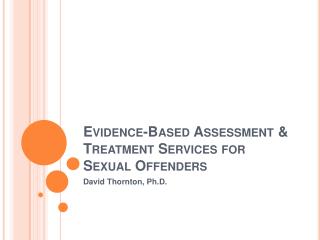 Evidence Based Assessment - . how do we assess students’ ability to use evidence within the confines of our curriculum

Sexual treatment for men - A sexual disorder doesn't mean something is "wrong" with you, only that you're